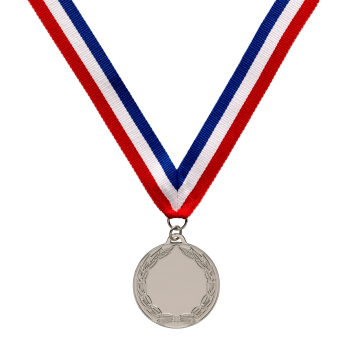 People who win silver medals are more unhappy than those who win bronze. (pic: istockphoto.com/JayKJay21(

Why does not winning a Gold medal suddenly make you a ‘ loser’? Like most people in London and around the world, I’ve been glued to the Olympics over the past week, mesmerised by the athletes’ physical prowess and inspired by their dedication, their spirit and their drive.

What I’m not getting is why it’s suddenly a huge disappointment to get Silver or Bronze in the medals. OK, so there’s a lot of pressure on Team GB because this is London 2012: an Olympics on their home turf. But from swimmers to cyclists and rowers, when they ‘fail’ to reach Gold, they apologise for letting everyone down. They’re in tears (in what is becoming an emotional Games) – even though they say  they’ve tried their very best – and some threaten to withdraw from sport entirely. It hasn’t helped that some of the journalists have been accused of lacking sensitivity when interviewing athletes who missed out on medals.

Psychologists say that people who win Silver are much unhappier than athletes who win Bronze. An article in the Evening Standard, There’s no silver lining… why a silver medal just won’t do for athletes like Michael Phelps, says that coming second when you’re used to coming first can be a “psychologically crushing blow”. It adds: “[For] exhausted athletes who have sacrificed everything in pursuit of the gold they dream of, silver is barely a consolation prize.” Being beaten and not even reaching a medal can be easier to bear, it says.

It quotes a sports psychologist, Andy Lane, who says: “Someone who isn’t expecting anything will be thrilled to get bronze. But if you’ve been fixated on gold and believe it is the only option you will be incredibly let down if you don’t get it.”

My incredibly wise eight-year-old daughter said to me when Rebecca Adlington got bronze in her 800m: “But you’re not disappointed IN her, are you? You’re disappointed FOR her?”

That was a reality check. While we bounce on our sofas or scream at the TV for them to go faster, who are these medals for? Us or them? Or both?

I sympathise with the athletes’ dreams being crushed, and all that hard work seemingly for nothing. But in my book – and in all the history books – a medal is still a medal, and no one can ever take that achievement away from them.