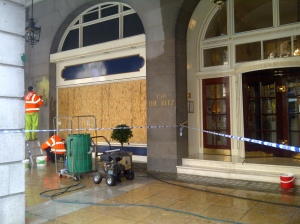 The Ritz in London's Piccadilly a day after the spending-cuts protest.

It was strange facing the calm after the storm, walking down Piccadilly in London just hours after the riots. What was meant to be a peaceful protest against the UK Government’s spending cuts ended up in chaos, with buildings daubed with paint, windows smashed, and 200 people arrested. It’s not a sight I was used to seeing – and nor was the damage done to the iconic Ritz hotel.

It had been cordoned off and sections of the fascia were boarded up, so workers could clean up the mess and restore it to glory. I felt such a sadness at the meaningless devastation.

Just a few minutes’ walk away, however, in the courtyard of St James’s, nature was doing its best to distract from the damage that human beings can do.

I took this stunning photo to show that more majestic and meaningful life goes on – a pocket of tranquillity in the midst of urban unrest. 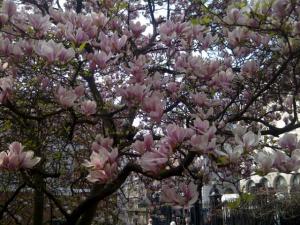